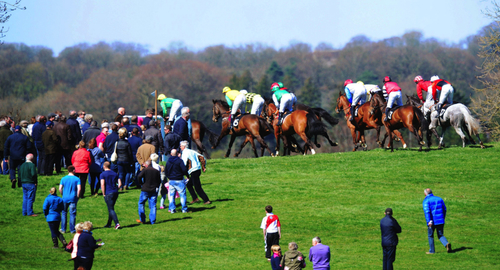 Directions to the track

Coming in from the A26, Horse boxes and lorries will be asked to approach the track by driving through Broughshane, and cars will turn off left just before the entrance to the village.

We have an extensive car parking area.

In our bookmakers ring you can view and bet on any off-course races on the day in both Britain and Ireland.

Our outside food caterers, Country Bites, sell an array of hot food options such as burgers and chips to bacon and sausage rolls to keep you full during the day.

If you would like something a little stronger to keep you warm during your day’s racing, alcohol can be purchased in our on-course bar.

Yes, we welcome visitors to bring their own picnics. We also have a range of catering options on course if you would like to pick up something at the races.

Yes, we have a bouncing castle.

Broughshane point-to-point is the perfect day out for the family in the Northern Ireland countryside, and as an added bonus for parents all children U16 have free admission.

We also provide race cards with each admission on the day.