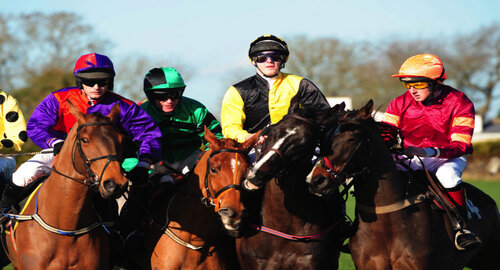 The North Down point-to-point moved to its current course at Kirkistown in 2006 and have held three meetings each season since then. The course is located towards the eastern side of the Ards Peninsula near the village of Portavogie.  It’s in an area that was used as an airfield during the war and hence is very flat and well drained.

Kirkistown is a very level left handed course run over a circuit just short of a mile. Runners jump two fences close to the spectator’s area and a further three along the back straight.

Our November fixture is normally the final meeting of the autumn calendar in the northern area. Conversely, our February and March fixtures are two of the earliest in the northern spring calendar.

Some of the leading graduates from our point-to-point include Simonsig, Petit Mouchoir & Agus A Vic.